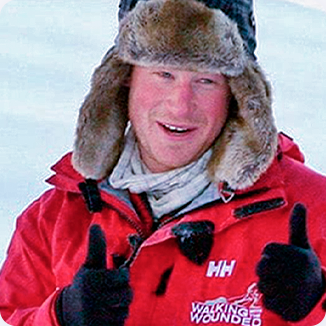 joined a group of wounded servicemen for the first stage of their 200-mile trek to the North Pole in aid of the charity Walking With the Wounded, of which he is patron. The team of six included four soldiers who were injured in Afghanistan, two of them amputees. They set out to raise £2 million for the charity.