A 1,500-meter runway in Qaqortoq could be 40 percent more expensive than planned. Lawmakers will now consider a proposal for a shorter runway that could still accommodate larger planes. 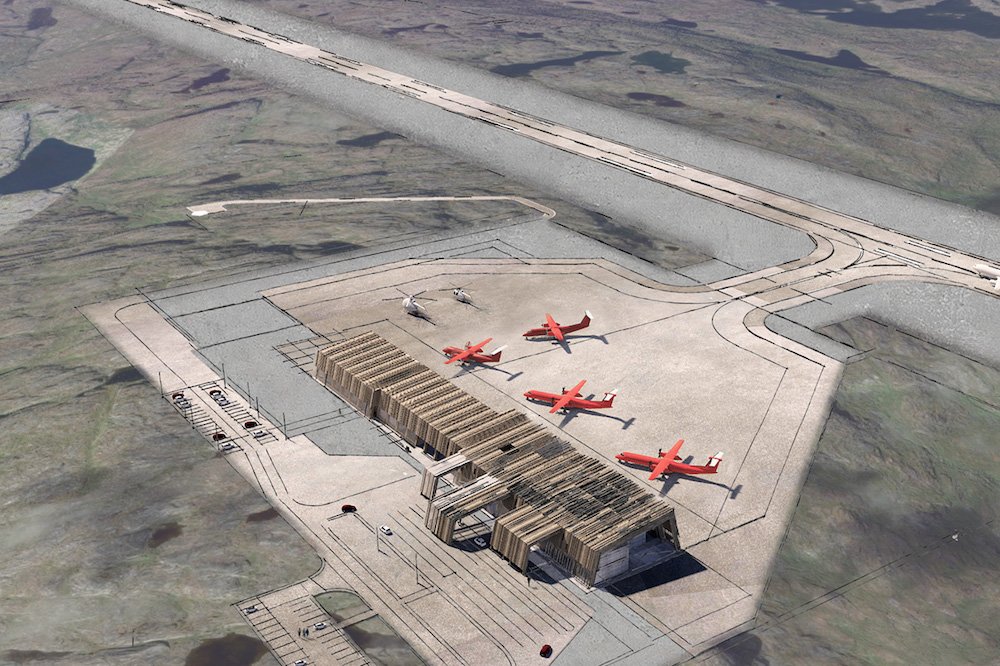 For the first time on record, rain fell at the highest point of Greenland’s ice sheet, the National Snow and Ice Data Center reported.

Greenlandic lawmakers made a wise decision in 2018 when they voted to move an airport in the southern part of the country from its current, remote location to the regional population center, but the airport they approved for construction is likely the most expensive of the alternatives that were available to them, a study by consulting firm Deloitte has concluded.

Moving the airport from Narsarsuaq to Qaqortoq will save at least 52 million kroner (8.31 million) annually in terms of shorter travel times for passengers, as well as lower costs of upkeep and other expenses for the Self-Rule Authority. However, going ahead with the plan to build an airport terminal and 1,500-meter runway in Qaqortoq will likely be 40 percent more expensive than planned.

The higher-than-planned cost of establishing the runway and maintenance can be expected to add additional costs of 1 billion kroner over 30 years.

The Deloitte study was commissioned in June after none of the bids in a second call for tenders to build the Qaqortoq regional airport fell within the 669 million kroner budget set by the national assembly for its construction. A contractor was to have been selected in September 2020 after the initial call for tenders, but the process was halted after all five bids were found to “significantly exceed” the projected cost.

The Qaqortoq airport was approved as a replacement for the airport in Narsarsuaq as part of a 3.6 billion kroner agreement that will also upgrade the airports in Nuuk, the capital, and Ilulissat, a major travel destination, as part of the country’s largest infrastructure project ever.

Established during World War II by the U.S. military as a stopover for airplanes making transatlantic flights, Narsarsuaq’s remote location requires passengers traveling on to Qaqortoq to board a connecting helicopter or ferry. Pilots consider it a notoriously difficult place to land.

The longer runway in Qaqortoq would mean shorter travel times for passengers, which would reduce the total amount of additional costs to 292 million kroner. But a shorter runway would be a better overall value, according to Deloitte.

“The runway that is planned right now makes the least economic sense, even if it makes most sense in terms of interoperability and long-term viability,” the report states.

Deloitte recommends building either a 1,199 meter-long runway, which would require meeting fewer safety requirements than 1,200 meters would, or a 1,000-meter runway.

The longer of the two would still see the Self-Rule Authority paying more to establish and fund operation of the airport than could be expected to be recouped through gains for passengers, but Deloitte reckons that, on balance, it is the best overall choice.

“Seen from the perspective of operability and long-term viability, the 1,199-meter runway is a better investment than 1,000-meter runway, since the [longer] runway length means larger planes can land there,” the report said. “That would make the possibility of direct routes to Iceland more likely, which could play a role in the number of people visiting the area.”

An 800-meter runway (officially 799 meters) would be profitable for the Self-Rule Authority to build and operate, but, according to Deloitte, it is a poor investment, given that few types of passenger planes can land on a runway that short.

Najaa Nathanielsen, the infrastructure minister, told local media the report made a solid case for a shorter runway than approved by the national assembly but said the final decision would be up to legislators.

“Our task now is to make a decision,” she said in a statement issued in connection with the publication of the study. “The decision will affect the daily lives of people in southern Greenland for decades, so we need to get a sense of what the various positions are and what their impacts will be. It will be difficult, but not doing anything isn’t an option.”

COVID-related delays will now see Greenland’s new international gateway come into service in 2024, at the same time as the upgraded Ilulissat airport. 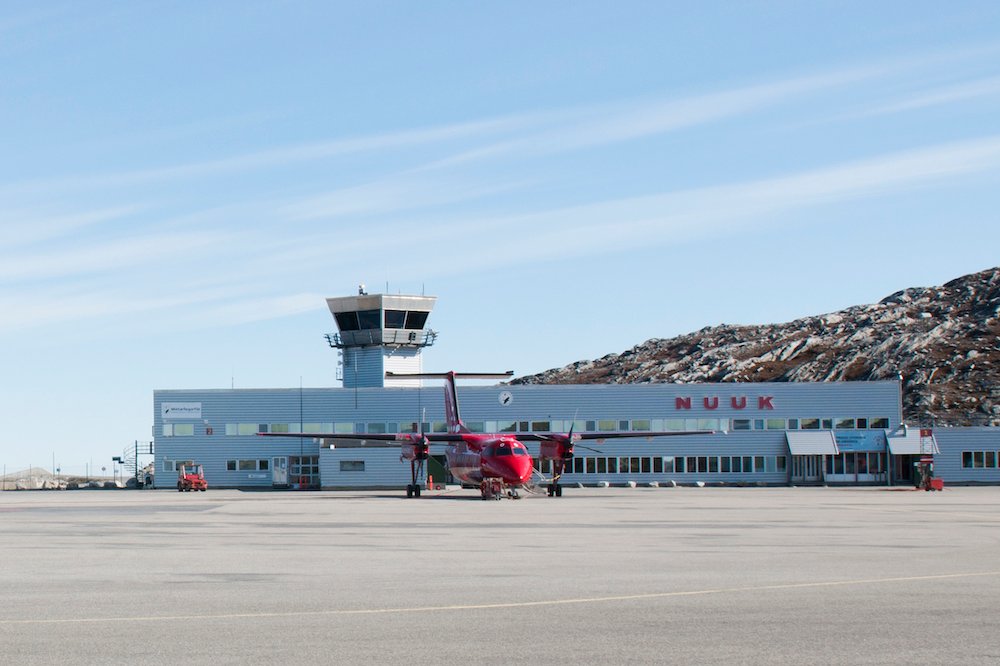 Greenland’s new international gateway in Nuuk will not open until 2024, a year later than the most recent prediction for the date for construction at the airport to be completed.

The runway extension and terminal upgrade that will make it possible to fly directly to the capital city from abroad has been slowed by the pandemic and by a range of new requirements imposed on Kalaallit Airports, a nationally controlled firm that will own and operate the facility on behalf of the Self-Rule Authority.

“We have done everything in our power to prevent this from happening, but COVID-19 in particular has presented us with a number of unexpected problems that will make it impossible for us to finish by the planned deadline,” said Jens Lauridsen, managing director of Kalaallit Airports.

The delay is not expected to add to the project’s revised 4.5 billion kroner ($720 million) cost, and because it was partly due to the pandemic, no fines will be issued to the firm that is carrying out construction.

In April, the firm’s employees had been linked to an outbreak of COVID in Nuuk that led to the entire worksite being locked down. Although that slowed the pace of construction, it was the travel restrictions preventing specialist staff from traveling to Greenland that led to the decision to delay the opening by a year.

The employees were to be involved with tasks, such as laying asphalt, that can only be carried out during the summer, according to Lauridsen.

“They were responsible for speeding up progress in a number of key areas that are dependent on the weather,” he said.

Kalaallit Airports has also struggled to keep pace with additional safety requirements for the new airport that have been imposed during construction.

“Taken individually, each of new requirements is manageable,” he said. “But the total amount of extra work meant that we couldn’t reach some of the necessary milestones before the end of this summer’s construction season.”

Kalaallit Airports is also currently overseeing a similar construction project at Ilulissat airport. Although the safety requirements will need to be added to the work there, Lauridsen said previous delays to that project meant construction there was further behind Nuuk, and that they would be able to completed without delaying completion further.

The updated facilities at both airports are now expected to be taken into service in the autumn of 2024.

Currently, the vast majority of passengers traveling to Greenland from abroad transfer at Kangerlussuaq airport. Most continue on to Nuuk or Ilulissat, but short runways at both airports mean that only small planes can land there. Both are primarily served by Air Greenland’s fleet of 37-seat Dash-8-200 turboprop. 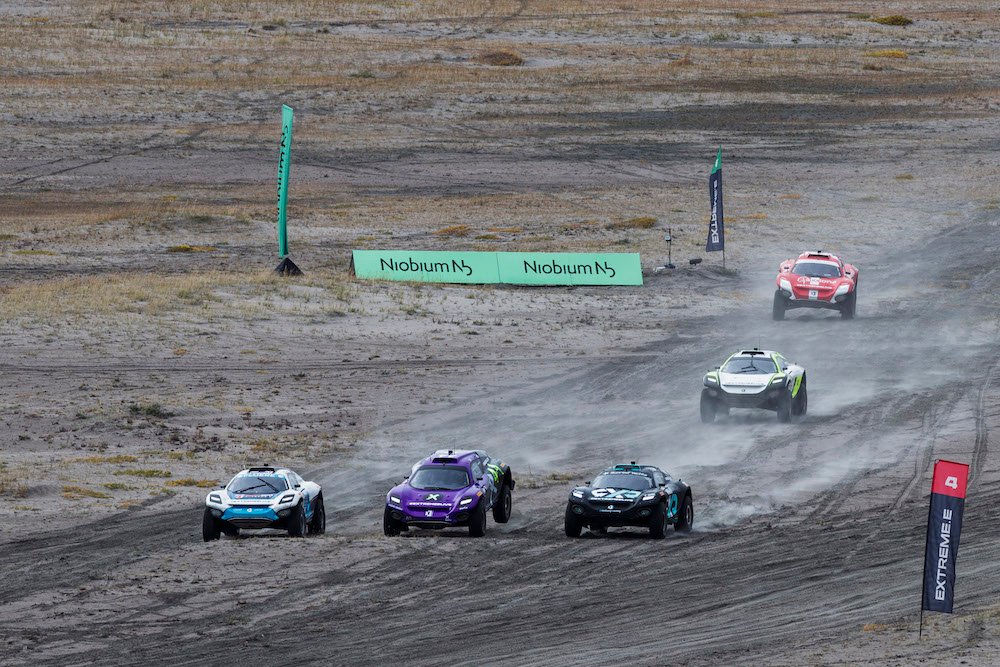 Teams taking part in the Arctic X Prix near Kangerlussuaq, Greenland, on Sunday, August 29, navigate bumpy, dusty terrain as they make their way around the five-mile circuit passing through an area once covered by the Russell Glacier (Extreme E / Zak Mauger)

Greenland’s first-ever motorsports event was won by the British-Swedish driving team of Catie Munnings and Timmy Hansen, as they claimed victory in the inaugural run of the Arctic X Prix in Kangerlussuaq on Sunday.

The race is the third in the Extreme E off-road series, and it was run on a five-mile circuit that forced the all-electric vehicles to navigate a course of glacial sediment, rock and sand in an area that was once covered by the ice of the Russell Glacier.

Currently in its first year, the Extreme E series is drawing attention to climate degradation by running its races in locations that illustrate the effects that a changed climate has on specific environments.

The first two races in the series were held in Saudi Arabia, to draw attention to desertification and unsustainable water use, and Lac Retba, Senegal, where the focus was on the plight of the oceans.

Other races were to be held in the mountains of Nepal, the jungles of Brazil and southern Argentina’s Tierra del Fuego, but they were cancelled due to COVID.

The goal of the Arctic X Prix was to direct attention to receding glaciers and plummeting sea-ice levels. Holding the race in Kangerlussuaq, according to Alejandro Agag, the Extreme E founder and managing director, highlighted “the issues faced by the island including ice melt leading to global sea level rise.”

Although Extreme E is first and foremost a sporting event, the real race, he said, was against a climate crisis that is on the verge of running out of control.

In connection with its races, Extreme E seeks to inform the public about how climate change is affecting the area where the race is held and similar environments. To accomplish this, it has allied itself with a panel of experts led by Peter Wadhams, a respected ocean physicist who was one of the first scientists to document sea-ice retreat. 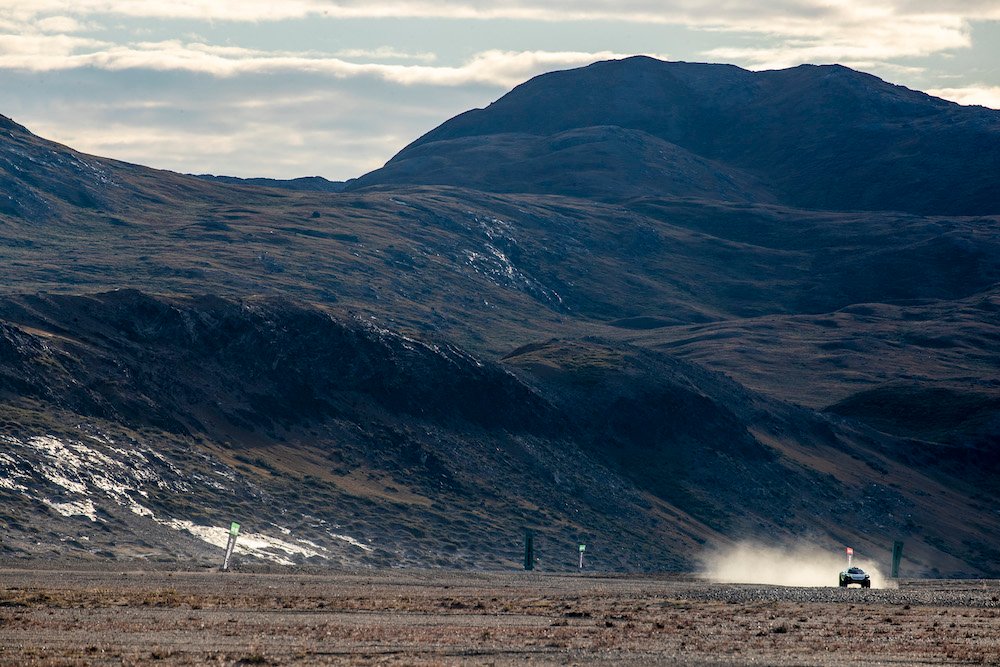 The mountains of the Kangerlussuaq back country tower over the JBXE car during qualification for the Arctic X Prix on Saturday, August 28 (Extreme E / Sam Bloxham)

The panel advises Extreme E on a range of subjects in each location, including education and research, and it oversees the race’s logistics, while also making recommendations for programs the Extreme E organization can support that will benefit local needs.

In Kangerlussuaq, this included installing solar panels at a school to replace its diesel generator and producing educational material related to global warming.

Wadhams was bullish about the combination of motorsports and efforts to minimize climate degradation.

“It’s a fact that more people watch sport than watch scientific documentaries, so I fully support Extreme E’s platform of using motorsport to showcase electric vehicles and promote their adoption as an impactful solution for our planet’s future health,” he said.